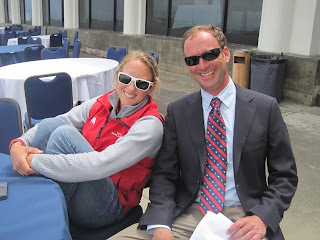 The International Kiteboarding Class Annual General Meeting was held in Rome last weekend, culminating in some exciting updates for the 2013 season. The recently formed American Kiteboarding Association was represented by Robbie Dean (Director of Race Operations, St Francis Yacht Club). While the minutes have not been published, Dean updated SailBlast on some of the key topics.

SB: What was the general theme of the AGM?

ROBBIE DEAN: Refining the class rules so that we can all have a clear understanding of what we’re doing going forward. Certainly with Olympic aspiration on the horizon we want to make sure we’re in line with what the rest of the Olympic classes are doing while focusing on what our greatest assets are which is speed and development and excitement of high end sailing. We’re working a lot right now on format ideas - what we’re going to do in the theater style sailing - a really cool way to highlight an event rather than just a simple medal race, how we’re going to make a 6-7 day event exciting all the way out but also speaking to our roots with a long series where consistency pays.

The AKA proposed a 360 rule that’s a bit more well defined - we’ve done a couple of things with our championship rules to make them more understandable to sailors as well as to non-traditional sailors that come from the kite class, our ratings systems and how we’re going to move forward with our relationship with ISAF - how we’ll lay out our calendar for an international schedule - prize money and points and all those considerations.

One of the other things is that we formed a working party to unroll the Kiteboard Racing Hall of Fame, which we’ll unroll later in 2013 so look for that in the future.

SB: AKA lobbied for a change to the kite limit at events?

ROBBIE DEAN: Yes, before you could have three kites registered for any one event and a fourth safety kite. The idea was that the Olympic classes are required by ISAF or asked by ISAF to sail in a range from 5 to 25 knots but we know that kites can sail up to 35 to 40 knots easily. We say, let’s go sailing in 5 or 6 or up to 35 with the kite class but to do that we’re going to need to have 4 kites. Technically before we were allowed to use four kites but now there’s no requirement for the RC to raise the safety kite flag to allow use of that fourth kite - you can fly any one of your four kites at any time during a regatta and sail anywhere from 5 to 35 knots, so we basically expanded the wind window and released the requirement for the RC to raise that safety flag. It allows us to really highlight the best part of the sport - speed in big breeze and gnarly conditions. 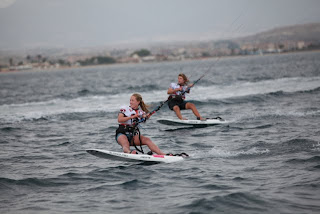 ROBBIE DEAN: We’ve had some discussion of how we’re going to limit the fin development but we have not done anything thus far. We’re continuing to allow sailors to develop their equipment within a box rule type situation and we know fin development is going to be the next step in our equipment and we’re letting another year go by where there’s relatively open fin limitations within the box rule. So that’s exciting.

SB: It was rumored that racers may have to register kites per season, not per event?

ROBBIE DEAN: We’ve been discussing registering kites per season but it’s not realistic as it punishes people who sail more so that was a non starter. We are requiring that 4 kites are registered per event and a new submission that was approved along with the AKA’s 4-kite limit was that there must be a kite in every category - small, medium and large, and an extra small now - a 15 m or larger, one between 11-15, and two 11 and smaller so you have a range of kites at an event.

SB: Tell us about the new foil boarding class?

ROBBIE DEAN: I think it’s something that can be popular as well. Right now the kite racing is going down the Olympic pathway and with that there’s going to be some restriction on what sailors are doing so the foilboard class, the snow kiting class and even the potential future for a more formula-type class (over and above the current box rule) where we might offshoot to a fully developmental kite racing class - it’s all in the nacent stage but kiting has so many avenues that we can go and which we’re opening ourselves up to any of the possibilities.

SB: Tell us about the AKA?

ROBBIE DEAN: The American Kiteboarding Association was formalized about six months ago. We’d been remiss in getting something going just because the individual strengths and lobbying within the kite racing community had been sufficient up until now but the world is changing in kiteboarding and our involvement in with ISAF as well as the International Kiteboarding Association (IKA) needs to be more formal. We’re setting up to do that. 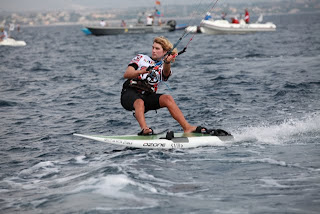 SB: What big events will we see locally this year?

ROBBIE DEAN: June 3-9 is the US Nationals for the kiteboard class which will be one of the stops on the west coast tour so we’re going to be have the North Americans in Puero Vallarta at the end of May, we’re doing the US Nationals beginning of June at St FYC and the final stop of the West Coast Championships at Squamish in British Columbia at the end of July. We’re calling it the West Coast Tour and it’s going to be endorsed by the Mexican, American and Canadian Kiteboarding Associations.

SB: Why does St FYC continue to be strong supporter of kiteboard racing?

ROBBIE DEAN: St FYC have always supported windsurfing and kite racing and really high performance sailing. The Club is proud to have kiteboarders as well as windsurfers and skiff sailors and everybody as a really integral part of our racing program and our club. We love the young members, we love the athleticism and the speed and performance that these people are participating at - I think it’s just part of the fabric of St FYC really.